Last week I took a break from my news segment of the week to enjoy the holiday, but I’m back at it and there’s plenty to discuss from puppet properties going to war to an under-performing franchise prequel and even more news on the new “It” sequel planned for 2019. A new trailer has also been released with a look at a gritter take on the classic “Jungle Book” story and a few stories connected to the slew of sexual misconduct allegations in Hollywood are also worth a mention. There’s a lot to get through so let’s get to it. Here’s this week’s Spotlight on Cinema.

To say the Han Solo spinoff movie “Solo: A Star Wars Story” had a rocky road to cinemas would be an understatement with director switches and concerns over the lead actor all coming to light in the year leading to its release. Despite that however many expected big things from the film that tells an origin tale of one of the franchises most popular characters. Instead what we got is a pretty bland film. You can read my review of it here if you want to know what I mean. Maybe the simply okay reviews or the troubled production got in the way or maybe it was just a poorly timed Memorial Day Weekend release, but “Solo” under-performed in its debut making $83 million during the three day weekend and landing at number one but still undershooting the three-digit expectations set upon it. The film was expected to be closer to the $130 million and $150 million level and with a budget of over $300 million reported, an interesting theme for many movies lately including last year’s relative flop “Justice League”, it’s hard to imagine it making a lot of money back. “Solo” was the only new wide release of the weekend and has some interesting competition coming up with the releases of “Adrift” and “Action Point”. These aren’t expected to be runaway successes so maybe “Solo” can rebound in its second weekend but given the questionable reviews that’s something I highly doubt.

A few weeks ago I reported that the sequel to the 2018 smash hit “It” had cast several actors in adult roles to represent the kids in the Losers Club as they take on Pennywise once again. Confirmed so far are Jessica Chastain, Bill Hader and James McAvoy who have been cast as Beverly, Richie and Bill. A few more actors were also recently announced. I already mentioned James Ransone joining the cast to play an adult Eddie and now Andy Bean has joined the film to play an adult Stanley. The latest announcement however is Jay Ryan who was announced as an adult Ben, the puggy member of the Loser Club who seems to have lost some weight considering Ryan isn’t exactly a large guy. Only one more member of the Losers Club remains to be cast, the only African American member of the club and the only person who stayed behind in the film’s setting town of Derry Mike Hanlon. Bill Skarsgard was the first confirmed as he signed on to portray Pennywise the Dancing Clown in both films. “It: Chapter 2” is scheduled for a fall 2019 release.

You may have seen the very interesting and outrageous trailer for the new comedy “The Happytime Murders” set to be released in August. The movie will star Melissa McCarthy as she teams with a detective puppet to solves murders in a world where puppets are actual sentient beings. The trailer is crude, odd, and promises some gross out comedy that will make you think twice about what those “Sesame Street” puppets do on their down time. In fact that was built into the promotions with a tagline “No Sesame, All Street” and it caught some attention from Sesame Workshop who produces the long running kids show. The company is suing the producers of “The Happytime Murders” STX Productions for effectively hurting “Sesame Street’s” reputation with the tagline. It should be noted that Sesame Workshop is not against the film’s release, only its association with the “Sesame Street” brand and claims the “Sesame Street” mark was used without permission. They also claim that this has led to viewers falsely attributing the shocking trailer with the company. STX has countered the argument saying they are excited to be working closely with the Jim Henson company, makers of “The Muppets”, on the project and regret that Sesame Workshop isn’t sharing in the fun. Whether or not the lawsuit with result in anything other than added publicity for the film is still to come. I’m not legal expert but I will point out that cases like this usually end up in the favor of the defendant as parody is usually defended by the court of law. If you’d like to watch the trailer that sparked all this debate I’ve added it above for your viewing pleasure. YOU ARE WARNED THIS IS A RED BAND TRAILER NOT FOR VIEWING AT WORK!!! Speaking of trailers….

The creation of yet another “Jungle Book” adaptation has been discussed many times over the past few years especially with the release of the live action Disney adaptation two years ago. Around that time it was revealed that the king of motion capture Andy Serkis was directing the new film which, as we’ve come to find out thanks to a recently released trailer, will take the name “Mowgli” after the young protagonist. This first trailer gives us a look at some of the motion capture CGI character we will be enjoying in the film and presents a much darker tone than its Disney cousin. The first look shows that Mowgli will not only be contending with the dangers of the jungle, but the dangers of man as well and gives us our first taste of the voice work with Christian Bale as Bagheera, Andy Serkis as Baloo and Benedict Cumberbatch as Shere Khan as well as a very intense looking Rohan Chand in the title role. “Mowgli” will be release this October and you can view the trailer in full above.

ZACK SNYDER WILL DIRECT “THE FOUNTAINHEAD” 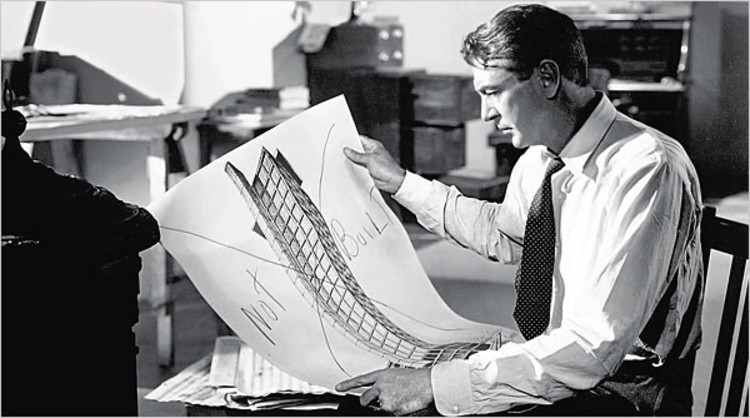 Zack Snyder, the stylistic filmmaker who helped bring about the DCEU and movies like “300” and “Watchmen”, has announced his next film and it’s a pretty interesting offering. It has been no secret that Snyder has wanted to adapt the classic Ayn Rand novel “The Fountainhead” for some time and recently the director revealed this is likely his next project. The novel focuses on a young architect who strives for individuality versus conformity and fits Snyders taste for philosophical fiction and stylistic visuals. The book was originally adapted in the 1940s in a black and white movie. There have been no real confirmations as to what studio will produce the film or when “The Fountainhead” will be released, but it’s an important update that shows that Snyder, who left “Justice League” after his daughter’s suicide, might finally be walking away from the divisive DCEU that he helped create at Warner Bros. If “The Fountainhead”, a film with no set production plans yet, is his next film then that certainly means he has no solid plans of returning to the world of superheroes anytime soon, at least as a director.

MORGAN FREEMAN DEFENDS HIMSELF AGAINST ALLEGATIONS OF SEXUAL MISCONDUCT

Now for the elephant in the room. You’ve all heard about it, so this should be no shocker here. Morgan Freeman is the latest Hollywood celebrity to be accused of sexual misconduct after several women came forward commenting on questionable actions behind the scenes of his movies. For the purpose of these brief news tidbits I won’t get into too much detail here but suffice it to say it’s a shocking revelation, if it’s in fact true, considering that Freeman has been a big supporter of both left and right leaning causes to help make the world a better place. Such actions would certainly be against the grain for the actor we’ve all come to know and love. But the court of public opinion has a lot of influence these days and that has led Freeman to take action by requesting CNN, the prime reporter of the allegations, to retract their story saying it has caused defamation of his character and damaged his career based on pure assumptions and misunderstandings. I plan to tackle this story in a bit more depth somewhere down the road but for now I’ll leave it to you to comment below. Do you think Freeman should be crucified by the public without proper evidence against him or do you believe the victims are telling the truth and one of our greatest African American celebrities is not who he says he is? I’d love to hear your take.

The final story today is one that kind of ties into the previous story. The man who sparked the #MeToo movement, Harvey Weinstein, has finally been officially indicted for his crimes against numerous women who came out against the movie mogul last year. Weinstein was arrested last week and faced charges in a Manhattan District Court earlier today of sexual misconduct. The case specifically mentions actions against only two women including rape and criminal sex acts. These are only the first of many expected official accusations against Weinstein so I expect to be talking about this more in the near future. For now, Weinstein is a free man, well sort of. He was released on a $1 million bail and is being electronically monitored. He’ll be back in court in July.