Liam Neeson action thrillers could be a genre of their own and while the actor has hinted at the possibility of his retirement from major action offerings in the last year we start 2018 off with his latest genre film, “The Commuter”. Offering the expected genre thrills and Neeson’s well known action persona, “The Commuter” is exactly what you probably expect it to be, but that doesn’t make it bad. When compared to the actor’s other action films “The Commuter” is a standout and offers just enough fun and excitement to rise above its many clichés. Here is my review of “The Commuter”.

“The Commuter” sees Liam Neeson as Michael McCauley, a former NYPD police officer turned life insurance salesman who takes the commuter train into New York City every day. With his house being remortgaged and his son heading to college McCauley is shocked when he is let go from his job leaving him in dire straits financially. On his return home on the train McCauley is approached by a mysterious woman named Joanna (Vera Farmiga) who challenges him to hunt down and mark a person on the train in exchange for $100,000 ($25,000 in advance, $75,000 when the job is done). McCauley accepts the challenge only to find that breaking the rules creates consequences for him, the passengers, and his family and that his involvement is part of a much larger conspiracy that he could have never imagined. McCauley must locate his target and complete his assigned mission before the final stop or put the lives of everyone else on the line in the process.

Liam Neeson is pretty much the centerpiece of this action thriller and one of only a few big names to take center stage. The entire film revolves around his character and, as he usually does, Neeson has no problem turning an otherwise generic action film into something interesting. While the character is pretty much the same as every other action character he has portrayed it doesn’t feel stale. Michael McCauley is a relatable man that Neeson truly seems to enjoy being on the screen, taking charge and kicking ass. With these films Neeson always drives the narrative and over the years he has become a lot more comfortable in those roles. He has kind of become a character actor and so it’s not a surprise that he comes off as committed and very enjoyable in “The Commuter”.

The rest of the cast is made up of some no-name actors looking to be recognized but we do get the likes of Vera Farmiga, Sam Neill and Patrick Wilson in the mix who add some much needed extra star power to this flick alongside Neeson. Farmiga, who is a criminally underrated actress, is pretty solid as a mysterious antagonist and Patrick Wilson fills his role as McCauley’s former police friend Detective Alex Murphy pretty well. Both of these actors fill in the larger supporting roles of the film and do an exceptional job taking a pretty bland script and turning into something enjoyable. The best part about “The Commuter” is that despite its ridiculousness and it being a pretty generic action film the cast seems to enjoy every minute of the action and are committed to their parts and places in the story which adds a certain amount of credibility to the project. 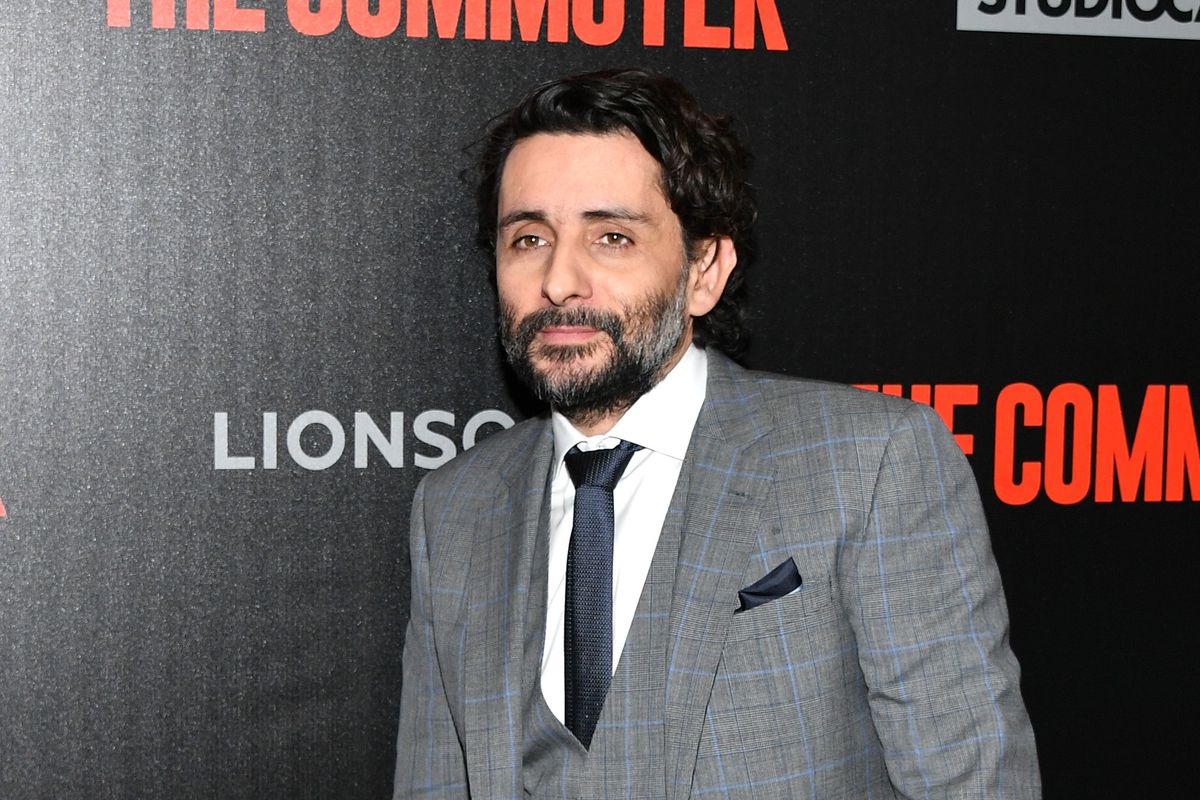 Jaume Coliet-Serra led this film as director and made some interesting visual choices for “The Commuter”, but it seems most of his visual creativity was wasted on some very key parts including the introductory scene the big third-act special effects scene and a few camera tricks to add to the mood of different moments in the film. “The Commuter” is not a work of directorial art obviously but Coliet-Serra managed to help create some well-choreographed fight scenes and added some nice visual styles to make his latest action thriller an easy watch that amped up the fun factor to 11.

For those who don’t know, this is not Collet- Serra’s first Neeson collaboration. He helped lead “Unknown”, “Non-Stop” and “Run All Night” and directed “The Shallows” as well. So if you’re a fan of these films you’ll be a fan of “The Commuter” as the director seems to have a signature style for his action thrillers that resonates on screen no matter how many times you see it. It’s an “if it isn’t broke don’t fix it” kind of situation and despite the fact that we’ve seen this kind of action from his project’s before Coliet-Serra knows how to help a film rise to a certain level of mindless entertainment that keeps you engrossed in the story and is always fun to view no matter how many times we experience it.

As I said above one of the best things about “The Commuter” is that despite the fact that it’s just like every other Neeson action film it still works very well on its own to keep viewers entertainer and engaged. Even more notable though is that “The Commuter” is original in setting. We’ve seen Neeson on a plane, with amnesia, against wolves, against kidnappers, and now we see him on a train, a setting that these days is a relatively rare setting. It’s a new backdrop that creates an effective sense of claustrophobia and offers some new elements and challenges for tough guy Neeson and helps it stand out from past films.

Most of all though, and most importantly, “The Commuter” is fun. It might not be the most original film in the big picture, but it had my attention from start to finish and embraced a character driven story that never felt bogged down by either the drama or the action. Even the most predictable moments felt fun and exciting and the big whammy twist at the end, even though predictable in hindsight, was satisfying and created a true “ah ha!” moment that made everything leading up to it that much more enjoyable. In my opinion “The Commuter” is actually the most fun Neeson movie outside of “Taken” or “The Grey” thanks in part to its great use of atmosphere, fight choreography, and acceptable acting that overpowers its pretty bland script. Speaking of the script….

“The Commuter” may be fun and have originality in its setting, but it’s script, special effects, and cliché story elements bog it down as much as you would probably expect. The script specifically is generic at best and that is usually where I tend to have an issue with these Neeson action films. The writing doesn’t match the energy of the action or the dire nature of the story, but to the cast’s credits they do take some pretty blah dialogue and turn it into something acceptable. The good thing the film is mostly action driven with the dialogue used more to set the scene, so while the script is cringe-worthy it doesn’t take away from the energy and charm this project offers.

Of course I can’t forgive the movie for leaning so heavily on typical genre tropes as well. Every action cliché, especially ones for a Neeson film, are covered here from the hidden talents of Neeson’s character to the mysterious twists that keep the audience, and Neeson, on edge. While the setting is original the story is not. Even though it’s not entirely predictable and “The Commuter” provides some truly satisfying action there’s no getting around the fact that this is the same old Neeson action story we’ve all seen before with a fresh coat of admittedly shiny paint.

Finally the special effects can’t be forgiven either, but one could chalk that up to a product of the genre. Like many action films these days, “The Commuter” opts for much less practical effects with an overuse of pretty bland CGI and pretty ridiculous and unconvincing explosions. Although once you see the film it’s pretty evident that the action couldn’t really be created with practical effects. Still I can’t help but believe by now even the most conservative budget would allow for something a bit more convincing than what “The Commuter” offers.

“The Commuter” is a typical Liam Neeson/Jaume Collet-Serra pairing that gives fans everything they’ve come to expect from Neeson action thrillers and yet it feels fresh and new offering a different backdrop for the action and rising above a bland script quite well. It does lean very heavily on clichés and poor CGI, but this film is all about the action and seeing Liam Neeson kick butt and to that effect it does its job well. It’s a truly fun standout in Liam Neeson’s growing action filmography and one of the most entertaining Neeson thrillers to date in my humble opinion. It effectively employs genre thrills and takes advantage of a decent cast of characters and Neeson’s polished tough guy persona to give us a film we can shamelessly embrace and enjoy the way these films should be enjoyed.